Many of us now have digital cameras, whether they are the straight forward camera or are cameras on other devices such as mobile phones. The rise of digital cameras has also heralded the rise of huge storage issues as we try and store all our digital photos. Now though the next generation of innovation is arriving as digital photo frames allow us to display the best of those photos in the surroundings that we treasure the most, our homes.

2008: The Spread of the Digital Photo Frame

The concepts and ideas behind the digital photo frame are not hard to find. Science fiction movies and books are littered with references to pictures that change. What does any self-respecting starship captain have on his desk but a picture of the girl or family back home? Products such as the Polaroid PhotoMAX Digital Picture Frame have been around since 2001 but technology and price were still a major issue. 2007 was the year that this concept went from science fiction to affordable reality. Now in 2008, digital photo frames are multiplying. There are new manufacturers, new finishes and new features. Digital picture frames will be appearing in a house near you.

How you rank these items will influence your buying decision.

Just like with hardcopy prints there is a variation in picture sizes available. Most models range from about 5.5 to 10.5 inches diagonally across the screen. This also has a bearing on the pixel resolution.

There will usually be a fixed amount of memory that the picture frame itself holds. Some of the frames undertake automatic resampling to get down to an optimum size for the size of the screen. Those that have card readers can use the flash memory on flash memory cards to store extra images.

There are a number of different memory card formats on the market so check that the digital picture frame you are interested in is compatible with the memory card that your camera uses. You can get around this with memory card readers.

Well, the most obvious difference between the traditional frame and the digital frame is the use of power. Check how the frame deals with this and the battery life that it might have. If it is permanently attached to a power card then it makes hard to pass the frame around. Also if the battery only lasts a short time this can be annoying.

You have to transfer your digital media to the frame in some manner and this is where the connectivity is important. Some frames have slots for taking memory cards as mentioned above but look out for USB ports as well, since they have become the standard connectivity port. Some frames also have internet connectivity, the most useful is probably a WiFi connection since this can help with downloading directly from photo storage sites.

Consider where you are going to place your picture frame. Some of the screens seem to only consider that they would be placed on a surface. The support can be swiveled to allow the device to be viewed either vertically or horizontally (landscape or portrait). However, in our house we also have photos hung on the walls. Not all digital photo frames have holes in the back to allow them to be hung from a hook on the wall. Trying to attach them with tape or some other method can be a real put off.

There is no doubt, as with most electronic screen products, that the larger the screen the more expensive the photo frame. There are some very large frames out on the market. For example, the Powervision Photo Frames comes in at a huge 40″. The only downside is that it has a price tag to match. If you are looking for a larger screen then consider something like the Perfection 15″ Frame from Perfect Technologies or the 15″ Pro Image Frame from Pro Image.

Finally, there is the aesthetic quality. Are you looking for an uber-modern metallic design, an Apple clone or a deeply traditional wood effect? Most choices are catered for and there are a number of manufacturers who are creating bespoke items to order.

Digital photo frames are great for displaying your photos in a slideshow format. In the last several years, some pretty advanced features have been added to some of these frames. Now you can buy a frame that will stream music and browse the internet in addition to storing and displaying your photos.

Let’s take a look at some of these new, advanced features. Many frames will come with a remote control so that you can access all of the functions without having to get up and hit buttons on the frame itself. Some people like the convenience of using the remote and also the fact that you have all of the buttons on a separate device. For other people, the small remote control is just another thing to worry about losing

Many digital frames will have the option to play music so that you can add music to your slideshows or listen to MP3s through the built-in speakers in your frame. If you’re interested in this feature, look for a frame with MP3 playback.

If you buy a photo frame with a Wi-Fi connection you can stream photos directly from your computer or send them to the frame using the internet. Check the wireless requirements to make sure your Wi-Fi network communicates at the right speed to work well with the digital frame.

Some high end frames that include a web browser will connect to the internet through your wireless network and can be set to receive photos automatically from photo sharing sites such as Flickr and Picasa. You may also be able to set up email addresses so that family and friends can send photos directly to your frame. For those who love to text, you can find a frame that receives text messages too.

TV Out is a nice feature to have since you can display your photos on a TV when you want to share them with a crowd. The frame may also include an HDMI socket that will allow you to view your photos on a HD TV in full high definition resolution. These options are great for people who have gatherings with family and friends and want to look at photos from vacations, etc.

So there are a great many options available on a digital photo frame today. If you are looking to buy one, decide which features you really want and then do some comparison-shopping. And remember to check the screen resolution if one of your goals is to just have a nice way to view your photos!

How to get started with wildlife photography

In order to get great wildlife photos, you will have to practice framing your shots first, that’s because you have to be super quick if you are planning on getting into wildlife photography. It’s a good idea to practice in your garden or in a park first, that way you will be ready when the time comes. Practicing will also enable you to become familiar with animal and bird movements, allowing you to anticipate their behavior and react fast to get good shots.

How to take good shots of birds and animals in the wild.

Exercise taking photos of moving targets. Mastering how to pan will enable you to definitely take spectacular photographs that have a sense of movement.

If you can make sure that your camera is within reach, especially for those unexpected encounters. I have heard many stories of missed opportunities because of dead camera batteries or memory cards that were full. be prepared to take extra charged batteries and memory cards.

Prior to leaving on a wildlife photography trip, study up on precisely what varieties of animals and birds are generally located there. Find out all you possibly can about the wildlife you want to photograph. This will allow you to recognize where to find them and exactly what forms of behavior to anticipate.

Learn to move quietly and exercise standing still to ensure that your presence isn’t startling or intimidating for the wildlife.

Practice becoming observant employing all of your sensory faculties. With a bit of exercise, you are going to acquire the capability to be familiar with tiny movements, uncommon colors or even noises, even odors that will tip you off towards the presence of an animal or bird. I can’t believe how many times I have seen people wander right by wildlife without observing them.

Telephoto lenses are basically a must for wildlife photography. They bring you a little nearer without alarming the animals. Using a tripod isn’t usually compulsory, if you have sufficient light you’ll be able to shoot with a fast shutter speed in order to eliminate any shaking. A number of telephoto lenses include vibration reduction technologies although they are substantially more pricey.

When you photograph animals and birds, make sure that the focus is set to center and focus on their eyes, another good tip is to shoot smaller animals coming from a lower angle, this will ensure the ratio remains constant.

The most effective times of the day for observing and photographing wildlife are earlier in the morning as well as right before dark. That’s when animals are generally most energetic plus the light will be most dramatic.

Attempt to keep the sun’s rays at your back to ensure that the light falls directly against your subject.

Implementing most of these guidelines will allow you to improve your wildlife photography. The most important thing is to practice, practice, the practice also keep in mind enjoy yourself!

What Is High Fashion Photography: How Can You Do It?

Style photography is a comprehensive principle. There are numerous kinds of style photography methods that will offer you a different need for style outputs. Among the toughest and aesthetically attractive to carry out among all is High Fashion Photography.

High Fashion Photography is everything about exaggeration and producing over the leading appearance using clothes, makeup, hair styling, and the setting. Whatever is assembled in one photo to create a significant impression that will be a total departure from truth.

High Fashion Photography is usually used by top fashion brand names and labels to promote their item in an enticing elite method. The designs including are typically supermodels or stars that include on to the glamour ratio in the picture.

What to look for in High Fashion Photography?

First thing is to produce your result. You need to most notably concentrate on the color combination that you wish to create and tint the lights appropriately. You can use color gel on the different views and handle the strength according to the pattern of the light.

In High Fashion Photography, lightning is hugely different from regular style photoshoots as they are also used to produce more drama into the photos and also the lights here are not merely a source of shadows. It overemphasizes the impact of art and surrealism in the image making it look luxury.

A composite picture is not clicked. However, it is developed by sewing and modifying two or more images together to produce one film. Compositing is an extremely used method in style photography as it assists in getting surrealism and causing a single picture with more appealing aspects.

A one really typical method is clicking panoramas on the website, then sewing and cutting whatever you like from the site. This will assist you infusing one single photo with several things that you can’t perhaps click in at one go.

You can simply use a lot of photos that you may not use as an entire and put them in your master composite — explaining general compositing methods, modifying the image according to your need.

This strategy will assist you in acquiring something that can’t be taken into a structure that quickly. It will offer your high fashion photography a creative and incredibly imaginative appearance. 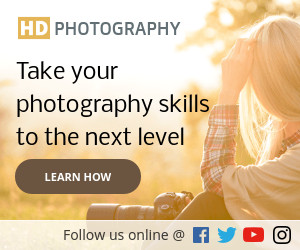 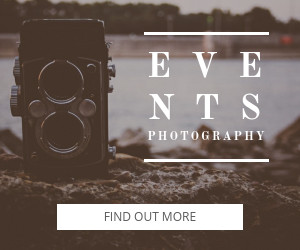